Sgt Hugh GaynorOne of the most poignant objects on display in the Soldiers and Chiefs exhibition at the National Museum, Collins Barracks, is a letter from Sgt Hugh Gaynor of ‘a’ company, 33rd Battalion, O.N.U.C. Sgt Gaynor was one of the eleven Irish soldiers who were killed during the Niemba Ambush in the Congo in November 1960. This letter has been recently added to the section of the exhibition, which explains the Irish Defence Forces involvement in the United Nations force in the Congo. The area contains film footage of the state funeral of the eleven victims of the ambush, a case full of objects such as uniforms and the weapons, a simple Kiswahili dictionary, and items which belonged to ONUC Force Commander, 1961-1962, Major-General Seán McEoin. Also on display is a letter by Lt Patrick O’Riordan and the Distinguished Service Medal of Sgt. Patrick Mulcahy both of whom lost their lives in the fighting in December 1961. All this material was kindly donated or leant by serving or retired members of the IDF or their relatives to the Museum. 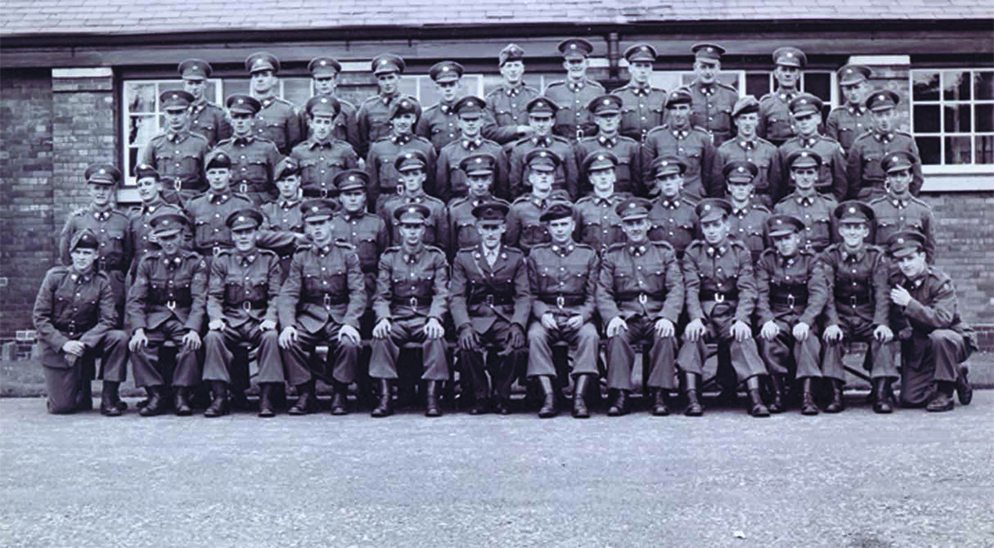 The letter has only been in the Museum’s collection a few years and was donated by a relative of Sgt Gaynor. The letter itself is written on blue very thin air delivery paper and was addressed to one of his relatives. It is the content of the letter describing life for him in the Congo, which is the most interesting, conveying how Sgt Gaynor and his colleagues coped in a country, which was disintegrating and descending into an ever more vicious war. Gaynor and his fellow soldiers were only too aware of the atrocities and chaos, which were affecting civilians around Niemba. ‘Well since I wrote to you last I’ve seen a good deal more of Katanga and the African way of life and seen some things that I would rather have missed, like some of the natives of the place we are stationed (Niemba 105 miles from Albertville) who have been ripped open by the Baluba’ It is interesting that he specifically notes that he thought the Baluba were those that were responsible for these atrocities. He continues, ‘When we came they had left and most of the places were burned down and we had to bury and burn 17 bodies and what a job. Most of the villages were deserted and we had to search each one looking for bodies.’ This then is a letter, which powerfully describes some of the dreadful work that they had to do, and also the terrible situation for villagers and how unstable the area was around Niemba.

The kindness of the soldiers and their good intentions towards all those who they meet also comes across in this letter. ‘Only last Saturday two of the boys found a little girl of eight in one village, which was thought to (be) empty, When everyone fled before the Balubas they left her there because she is paralysed from the hips down…Now we hope to get her taken to a hospital even if we have to pay ourselves.’ He also tells of another time, ‘only ten days ago I was one of seven men who rescued a Belgian priest. We were heroes in a few hours and for a few hours.’ Sadly Sgt Gaynor and his colleagues were killed just seven days after this letter was sent.