If any one weapon can be readily associated with World War I and the War of Independence, then that weapon is the Lee-Enfield rifle. The rifle is so well known that it has many unofficial names, the most common being the ‘303’. It saw service with the British Army from 1895 to 1957 and as the L42 sniper version until the 1990’s, and is still in service with the police in India and other commonwealth countries. It was the standard issue rifle in the Irish Defence Forces from 1922 to 1962 and with An FCÁ until 1985. It is estimated that over 17 million were produced and is the longest serving military bolt-action rifle ever produced. 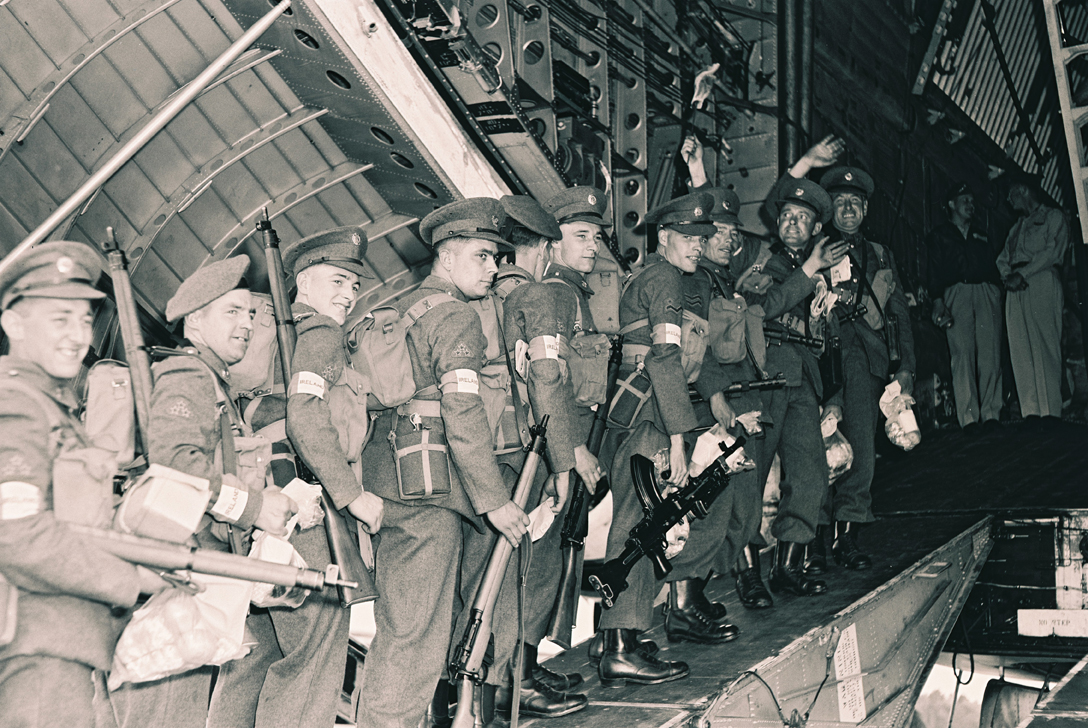 The design of the Lee-Enfield derived from the Lee-Metford rifle. (A number of these rifles can be seen in the National Museum, particularly at the interactive display). The Lee-Metford was a black powder rifle which used James Paris Lee’s rear locking bolt system with a barrel using William Ellis Metford’s rifling design.

With the introduction of smokeless powder it was found that the Metford designed rifling was unsuitable for the higher powered cartridge. A new rifling system, developed at the Royal Small Arms Factory in Enfield, was adopted. The new rifle used Lee’s bolt action with the Enfield rifling, hence the name Lee-Enfield. Lee was also the inventor of the detachable box magazine now used in almost every military rifle.

The Lee action cocked the striker on the closing stroke of the bolt, making the initial opening much faster, the bolt’s distance of travel was identical with the length of the cartridge, and its rotation was only 60 degrees (compared to the conventional 90-degree rotation of Mauser-style actions). The fast-operating Lee bolt-action and large magazine capacity enabled a trained rifleman to fire between 20 to 30 aimed rounds a minute, making the Lee-Enfield the fastest military bolt-action rifle of the day. The current world record for aimed bolt-action fire was set in 1914 by a musketry instructor in the British Army — Sergeant Instructor Snoxall — who placed 38 rounds into a 12″ target at 300 yards (270 m) in one minute.

Originally the rifle was known as Rifle, Magazine, Lee-Enfield. (MLE). Following redesign in 1904 it was called Rifle, Short, Magazine, Lee-Enfield (SMLE), though more generally known in the Irish Defence Forces as ‘the three-oh-three’, referring to the calibre of the ammunition.
The infant National Army of Ireland adopted the SMLE as their service rifle on the foundation of the state in 1922. Captured examples had already seen widespread service with the Irish Republican Army during the War of Independence. The weapon was used by both sides during the Civil War period, and examples were still being used by the IRA during the 1950s, 60s and 70s.

The Lee-Enfield underwent many redesigns during it’s fifty four years in production (1895 to 1949) culminating in the No 4 Mk 2. All these modifications were usually to improve production efficiency and reduce the cost of production.

The No. 4 Mk 2 saw extensive use with the Defence Forces in the post war period. It was replaced in regular service in the early 1960s by the 7.72mm FN FAL, when the need for a more modern rifle was realised during the Congo Crisis.

Examples continued in use by the Army Reserve (An FCÁ) right up until 1990, and despite its shortcomings as a military weapon by that time, it was very popular amongst those who used it.