D-Day has a little known but not insignificant ‘ Irish ‘ dimension to it.  There were ‘ Irish ‘ among the American, British, and Canadian paratrooper and glider-borne infantry landings prior to H-Hour on D-Day; they were in and amongst the first and subsequent assault waves to hit the beaches at dawn ; they were in the skies above in bombers and fighter aircraft; and standing off at sea on naval vessels all along the Normandy coastline.

They were also prominent among the D-Day Planners and Commanders of the greatest military operation in history. 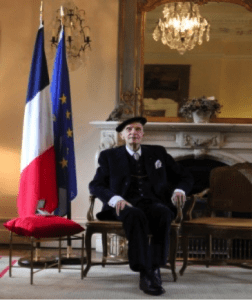 The 6th June 1944 was the Allied invasion of German occupied Normandy in order to restore freedom, liberate Europe and once again make the world safe for democracy, and the ‘ Irish ‘ were there in their thousands,

‘ A Bloody Dawn – The Irish at D-Day ‘ a book written by Lt Col Dan Harvey (Retd ), a member of the Trust, will be published by Merrion Press in May 2019.

The Second World War continues to cast its shadow over Europe and the world. 120,000 Irishmen, more from the South than the North, all ‘ volunteers ‘ joined the British Army alone.
Thousands more, both Irish-born and members of the Irish diaspora were among the U.S. and Canadian units on D-Day 6th June 1944. This ‘Irish’ participation and involvement is cumulatively greater than is generally acknowledged, appreciated or applauded. It has been overlooked abroad but ironically more so at home in Ireland.
The D-Day Invasion was a combined operation of greater magnitude than had ever been attempted in the history of warfare. The colossal scale of the amphibious invasion was unprecedented. It was a task of enormous complexity and great difficulty. The story of D-Day is gigantic and the ‘ Irish ‘ have a rightful place among its many chapters.

Instituted by Napoleon Bonaparte to honour extraordinary contributions, the Légion d’Honneur is France’s highest distinction. Irishmen who fought in Napoleon’s armies were of the first recipients of the honour. In recent years, the Chevalier de la Légion d’Honneur has been awarded to Irish Veterans of the liberation of France during the Second World War. 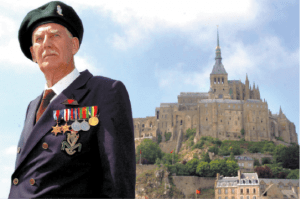 Lieutenant-Colonel Dan Harvey (Retd), has made a tangible contribution in fostering an enhanced awareness of the story of the Irish Soldier in the Battle of Waterloo. Following extensive research, his commendable book, “A Bloody Day – The IRISH at WATERLOO” was launched on the bicentenary anniversary on 18 June 2015.

His latest books “Soldiers of the Short Grass” a history of the Curragh Camp were launched by Mr Kevin Mayers on 15 June 2016, and the British Ambassador launched “A Bloody Night – The Irish at Rorke’s Drift” on 16 June 2016.