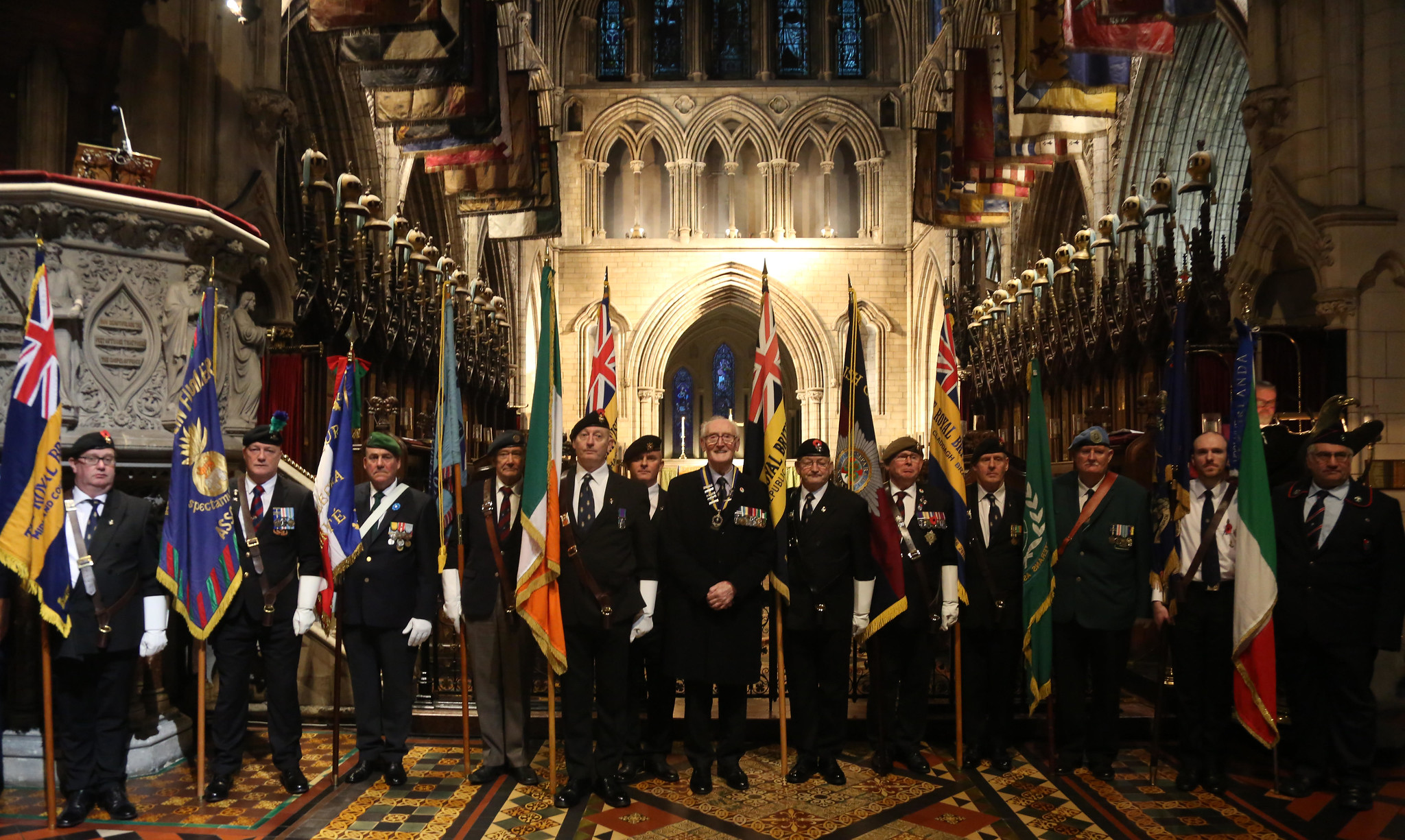 The service was led by the Dean, the Very Revd William Morton and sung by the Cathedral Choi. Lessons were read by H.E. Mrs Gerasko Larysa Ambassador Extraordinary and Plenipotentiary of Ukraine, and Mrs Joan Bruton B.E.M

The exhortation was led by Major Brian Duffy M.B.E Chairman Royal British Legion Republic of Ireland, and was followed by the Last Post, the Reveille and the Kohima Epitaph.

The sermon was preached by The Reverend D.W. Oxley, B.A., B.Th,, Prebendary of St Audoen’s.