With sincere regrets, the Chairman advised members of the Military Heritage of Ireland Trust of the unexpected death of our esteemed colleague Dr Frank Murray at his residence in Foxrock, County Dublin, on Saturday, 31 March, 2018.

Dr Murray was born in Main Street Carrick-on-Shannon, County Leitrim on 03 September, 1941. Educated locally, he entered the Civil Service in 1960, initially in the Land Commission, before transferring to the Houses of the Oireachtas in Leinster House. In 1977, he was appointed as Principal Officer in the Northern Ireland and International Affairs Section in the Department of An Taoiseach. He was appointed as Assistant Secretary to the Government in 1983. 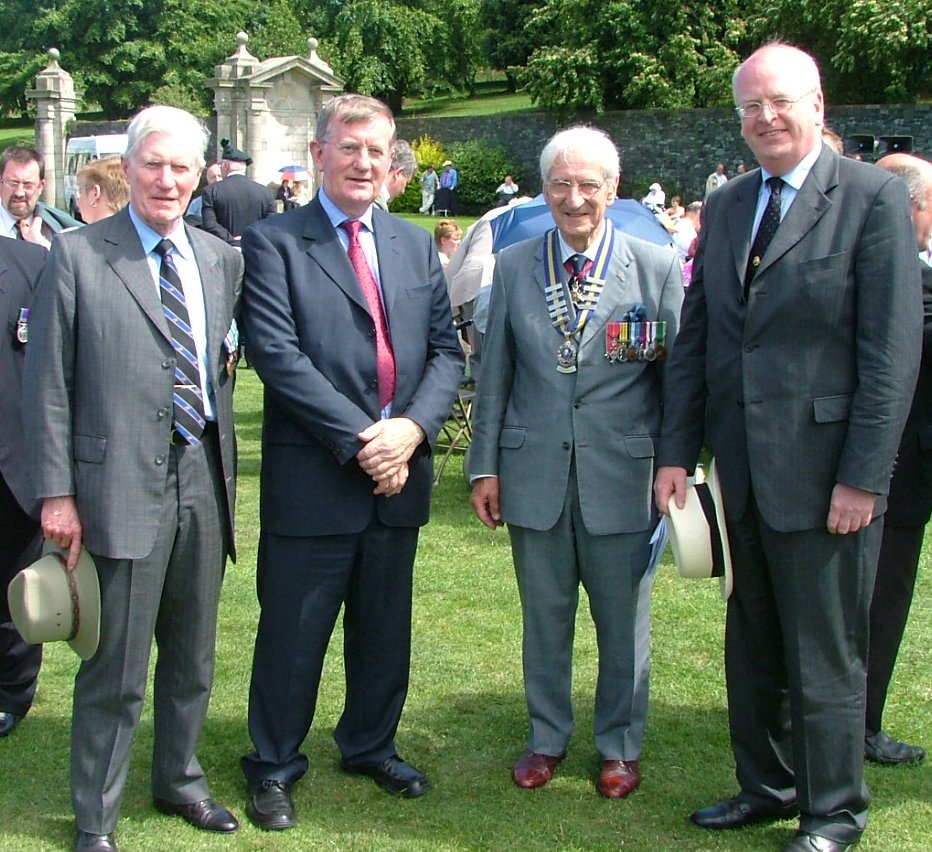 Dr Murray served as Secretary-General to the Government from 1993 until his retirement in 2000, during the crucial period which led to the signing of the 1998 Good Friday Agreement.

After his retirement he held a number of key positions with the Public Appointments Service, the Parnell Society, the Institute of Chartered Accountants in Ireland, Concern, and the Institute of Public Administration.

In 2006, the Government appointed Dr Murray as Co-Commissioner of the Independent Commission for the Location of Victims’ Remains. The purpose of the Commission, which was established by an intergovernmental and by legislation enacted in Ireland and the United Kingdom, is to obtain information, in confidentiality, which may lead to the location of the remains of victims of paramilitary violence (“The Disappeared”) who were murdered and buried in secret arising from the conflict in Northern Ireland.

Dr Murray was a founder member of The Military Heritage of Ireland Trust (CLG), and remained as a distinguished member of the Board of Directors since his initial election in 2000. Dr Murray’s experiences, service and expertise were instrumental in shaping the Trust’s ethos, vision, mission and objectives.

President Michael D Higgins said Dr Murray was “held the respect of members of the government” across the political spectrum. “I have the warmest memories of his service in the 1990s. After his retirement, to his native Leitrim – for he was a proud Leitrim man – he went on to serve the State in a most valuable way, including in the search of the Disappeared,” he added.

An Taoiseach Mr Leo Varadkar TD led tributes to Dr Murray, acknowledging his “years of loyal service to many governments”. “In particular, I also want to acknowledge the professionalism and sensitivity he brought to his work over the past number of years at the Independent Commission,” The Minister for Justice, Mr Charlie Flanagan TD stated: “In all of his work Frank was a consummate professional and a perfect gentleman. He has truly done this State some service.”

Led by Brigadier-General Paul Pakenham Chairman, members of the Trust, attended the removal on 05 April and Mass on 06 May in the Church of Our Lady of Perpetual Succour, Foxrock.

All members of The Military Heritage of Ireland Trust CLG, will join with the Board of Directors, in extending our sincere condolences to Dr Frank Murray’s family, his relatives, former colleagues and friends.