Throughout the months of July and August, a Ceremonial Military Guard paraded at noon on Saturdays at the site of the National Memorial to Members of the Defence Forces in Merrion Square, Dublin, Units from the three components of the Defence Forces and across the Army, Air Corps and Naval Service, supported by instrumentalists form the School of Music participated in this ceremony in solemn remembrance of their fallen comrades.

In addition to the Changing of the Guard, the ceremony includes patrolling the beat, honour guard, the laying of wreaths, piper’s lament and the rendering of the Last Post and Reveille. The National Memorial was unveiled by President Mary McAleese in November 2008 and is the National Memorial to members of the Defence Forces, Óglaigh na hÉireann, who died in the service of the State. It is a place of contemplation and remembrance, where families, relatives and members of the public can reflect on the sacrifice our fallen comrades have made for Ireland. 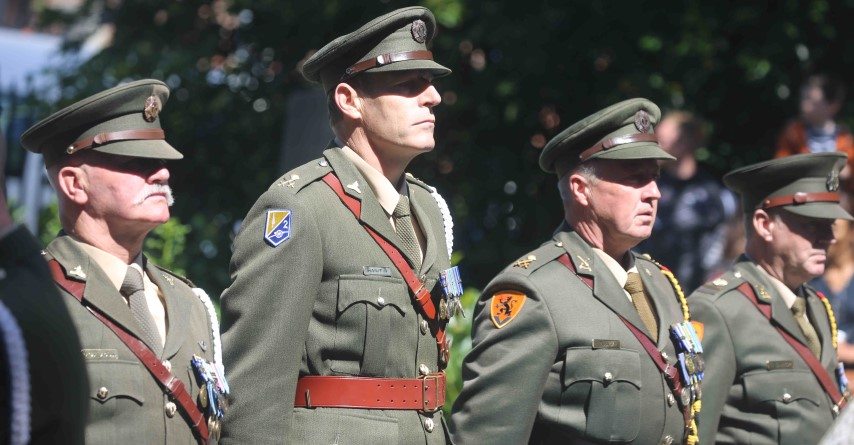 Ceremonies are also held annually in all military barracks throughout the country on 2nd November, which is the traditional day of commemoration for deceased members of the Defence Forces.