Reformed in 2003, the Leinster Regiment Association honours the soldiers, and their descendents, who served in the Prince of Wales’s Leinster Regiment (Royal Canadians), which formed part of the British Army from 1881 until its disbandment in 1922.

The Association merits considerable praise arising from its significant contribution to retaining the culture, traditions, ethos and legacy of the disbanded unit, though the active engagement of descendents, those with family links, like minded individuals, and former and serving members of the British Armed Forces and the Irish Defence Forces. 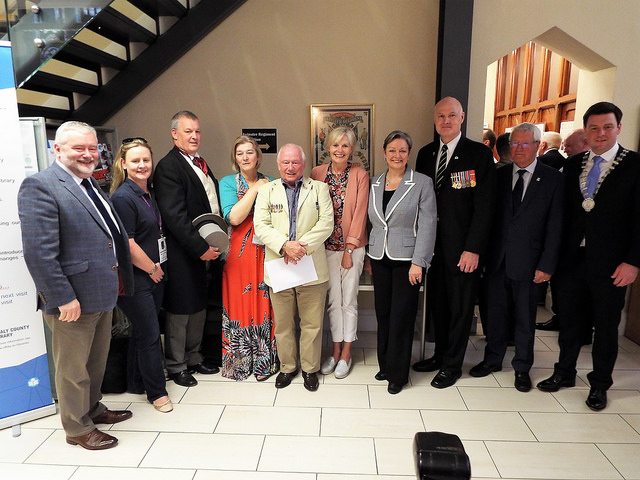 The official opening of the Leinster Regiment’s Exhibition in Birr Library on Friday, 04 August was conducted by Colonel Rory Redford of the Canadian High Commission in London, in the presence of local dignitaries, members of the Leinster Regiment Association and the Royal British Legion. The Military Heritage of Ireland Trust was represented by Colonel W.H. Gibson (Retd) – Director.