Information on the unveiling of a Commemorative Stone and a Blue Plaque honouring Company Sergeant-Major Robert Hill Hanna VC, his military career, and the Irish Government’s funding of the Battle of Hill 70 Memorial Park in France, is outlined below. 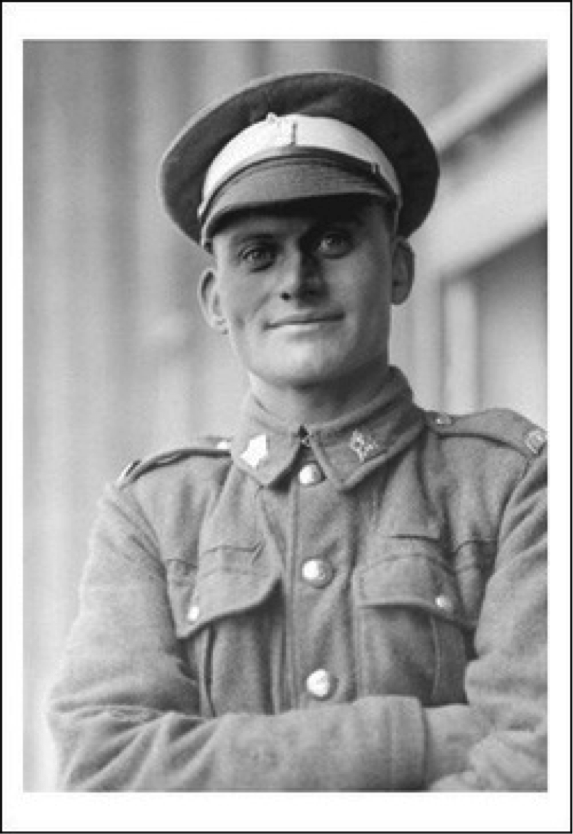 A Commemorative Stone marking the centenary of the award of the Victoria Cross to Company Sergeant-Major Robert Hill Hanna was unveiled at Hanna’s Close, Aughnahoory Road, Kilkeel, Co Down on Monday, 21 August, 2017.

The arrangements were part of the programme of the Northern Ireland World War Centenary Committee, organised in association with the Schomberg Society. Attendance included Mr David Lindsay, Lord Lieutenant for the County Down, the Rt Hon Sir Jeffrey Donaldson MP,

He was 30 years old, and a Company Sergeant-Major in the 29th Battalion, Canadian Expeditionary Force when the following deed took place on 21 August 1917, during the Battle of Hill 70 for which he was awarded the Victoria Cross. Also at the Palace on that day were five other Canadian soldiers who had won Victoria Crosses at Lens in August 1917. 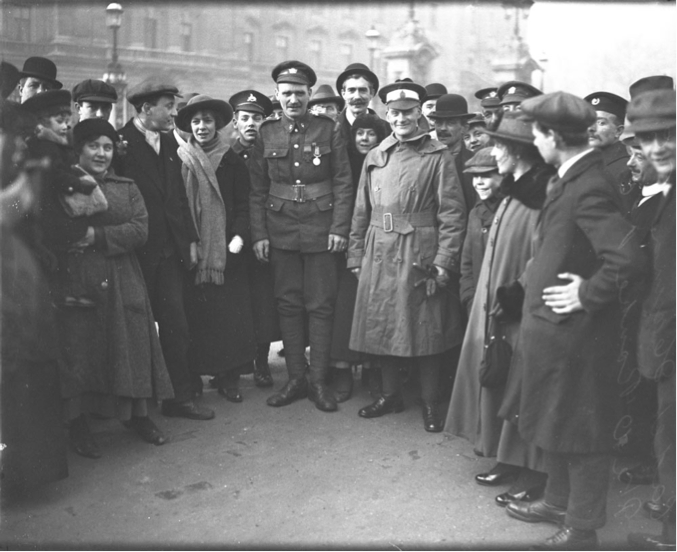 The citation published in the London Gazette, of November 8, 1917, detailed the event as follows:

“For most conspicuous bravery in attack, when his company met with most severe enemy resistance and all the company officers became casualties.

A strong point, heavily protected by wire and held by a machine gun, had beaten off three assaults of the company with heavy casualties. This Warrant Officer under heavy machine gun and rifle fire, coolly collected a party of men, and leading them against this strong point, rushed through the wire and personally bayonetted three of the enemy and brained the fourth, capturing the position and silencing the machine gun.

This most courageous action, displayed courage and personal bravery of the highest order at this most critical moment of the attack, was responsible for the capture of a most important tactical point, and but for his daring action and determined handling of a desperate situation the attack would not have succeeded.

C.S./M. Hanna’s outstanding gallantry, personal courage and determined leading of his company is deserving of the highest possible reward.”

Company Sergeant-Major Hanna was decorated for his courageous actions with the Victoria Cross by His Majesty King George V, at a ceremony held at Buckingham Palace on 05 December, 1917. Robert Hill Hanna visited Kilkeel immediately after the investiture and received a rapturous reception at a public meeting in the Square attended by upward of 3,000 people.
He later achieved the rank of lieutenant.

At the end of the war. he returned to Vancouver where he was manager of a logging camp until 1938. Robert Hill Hanna belonged to Aughnahoory Loyal Orange Lodge No 343 in Kilkeel, and upon moving to Canada, he joined the Orange Order in Canada, L.O.L. No. 2226.

In 1957, he was one of the six holders of Victoria Crosses in Canada to act as pall-bearers at the funeral of Lieutenant-General Byng VC, who also was awarded the Victoria Cross for valour at Hill 70, Lens, France, in August 1917.

Robert Hill Hanna died in Mount Lehman, on 15 June 1967, and is buried in British Columbia, Canada.  Relations of Robert Hill Hanna still live in the area of Mourne, where he was born and also in the surrounding area. His personal sword is on the wall of Kilkeel Royal British Legion club. 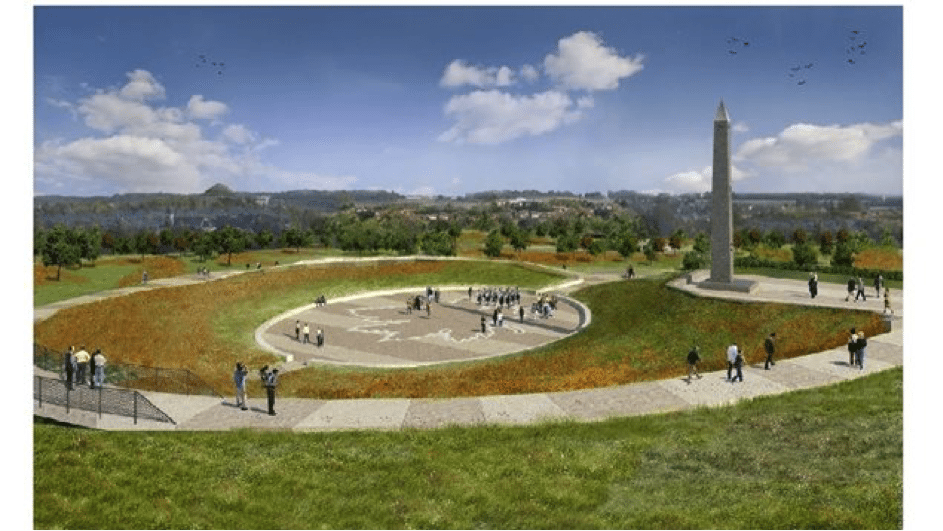 The Memorial site is made up of a several different elements. After leaving the welcome centre, the visitor begins a gentle climb along a curving pathway. Set into the pathways on the site are 1877 Canadian Maple Leaves, each representing a Canadian Soldier who died achieving the Victory at Hill 70.

On 12 November 2017, in announcing the Government’s funding of €25,000 to support ‘The Hill 70 Memorial Project, a significant Canadian World War I commemorative initiative, the Minister for Culture, Heritage and the Gaeltacht, Heather Humphreys, TD said:

“The Irish Government’s support of this important project reflects the strong and cordial relationship between Ireland and Canada and our close historical, cultural and economic links, which have developed from the time of the Great Irish Famine. The Irish Government is supporting the development of a specific element of the monument, which is situated near the town of Loos in France – two Victoria Cross Memorial Walkways, which will be dedicated to two Irish-Canadian recipients of the Victoria Cross from different parts of our island – Company Sergeant Major Robert Hill Hanna and Private Michael James O’Rourke. This presents a significant opportunity to commemorate, with a very fitting tribute, these and the many other Irish-Canadians who fought and died during the Battle of Hill 70; and also to raise awareness of the historic close ties between our two countries.