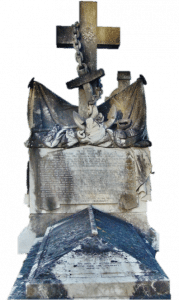 This is the elaborate tombstone in Deansgrange Cemetery that triggered my quest for ‘Raj’ graves. The massive monument was carved by EJ Physick of London and shipped to Ireland to take its place in the Dublin cemetery. James William Vaughan was born in 1829. His family home was Stradbrook Hall in Blackrock, just a short walk from his final resting place. The house still stands but the grounds were sold and an estate of townhouses built around the Hall.

According to his epitaph, Vaughan joined the Royal Navy when he was 13. It also states that Vaughan ‘was present at the operations on the River Plate’ – although the naval battle off the coast of Uruguay was well over by then. In 1856 Vaughan sailed on the HMS Britannia to the Black Sea on the Crimean peninsula. He was severely wounded in the left shoulder during the battle of Sevastopol.

Vaughan then joined the HMS Shannon, under the command of Captain William Peel, already a Victoria Cross winner and son of British Prime Minister, Sir Robert Peel. The vessel was heading for China and the opium wars when she was diverted to India where the ‘Devil’s Wind’ was beginning to blow.
Peel formed a naval brigade and towed it on barges up the River Ganges to Allahabad. Vaughan joined him with 126 men and then proceeded to Cawnpore with a column of seamen and landlubbers. The Shannon’s 24-pounder guns and 8” howitzers were tediously towed by oxen. Or, they were dragged by bluecoats using ropes and aided by elephants pushing the gun carriages forward with their heads. The march was described as ‘a menagerie of men and beasts . . . soldiers and sailors . . . camels and elephants . . . Sikhs and Highlanders’.

After Peel joined them, they marched with the army under the command of Lt Col Powell of the 53rd, supporting Sir Colin Campbell’s forces in the Oudh campaign. The naval brigade routed rebels at the battle of Kadjwa, but Col Powell’s head got in the way of a whizzing bullet so Peel had to take charge. 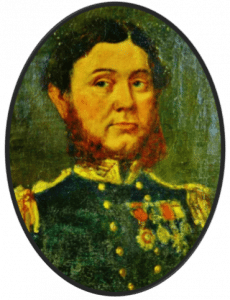 Camping between Cawnpore and Lucknow in November 1857, Peel wrote in his dispatches that although mainly merchant seamen, the Shannon’s sailors’ ‘good behaviour and excellent discipline displayed the ability and zeal of Lt James William Vaughan . . . I beg to recommend this excellent officer to your favourable notice . . .’. Sir Colin Campbell passed this request on, ‘. . . Captain Peel has brought to my favourable notice Lieutenant Vaughan, R.N., and I should much wish that this recommendation may be known to the Admiralty . . . Lieutenant Vaughan and the other officers and men of H.M.S. Shannon are worthy of their brave commander [Peel]; and it is a pleasure to the Governor-General in Council to declare his warm admiration of their conduct.’’

In Jan 1858 Vaughan was promoted to Commander for single-handedly dismounting the enemy’s gun and destroying its carriage in the scuffle at Kalee Nadee (Black River).

He and Peel then proceeded to Lucknow, to storm the placid Moghul garden ‘Dilkoosha’ (Heart’s Joy) and La Martiniere College. Here, the naval brigade’s only casualty was Peel, who was hit in the thigh by a musket ball and had to undergo complicated surgery. Vaughan immediately took command of the naval brigade. Flushing out rebels by demolishing Lucknow’s elegant architecture was proving such fun that he went on to blow apart Kaisarbagh. (The magnificent Moghul palace has since been part-restored as a wedding and exhibition venue.)

Dispatches claimed that Vaughan ‘rendered the most important service throughout . . .’
Lucknow was recaptured; British women and children were brought to safety; Peel died of small pox in Cawnpore; the Shannon’s guns were handed over to the army; and the naval brigade began the slow journey back to Calcutta.

Vaughan was awarded Companion of the Bath in June 1858.

Three months later, the Shannon sailed for England. Back home, Vaughan was promoted to Captain.

He married Margaret Julia but I could not find where or when, or whether they had any children. 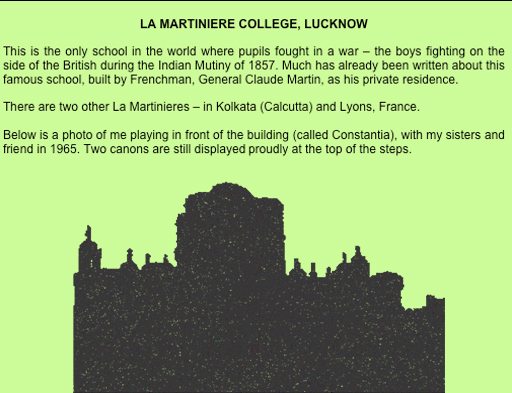 Co-incidentally, Captain James William Vaughan’s six medals for gallantry was auctioned by Dix Noonan Webb in London on May 10th and 11th, 2017.
https://www.dnw.co.uk/auctions/catalogue/lot.php?auction_id=461&lot_id=7794