This is a continuation of the Eddowes family – I have already written about the father, Surgeon Major William Eddowes.
William Black was only two years old when his father died in January 1880 in Dublin. Eight months after her husband’s death, his young widow, Grace, gave birth to their second son, Henry Cyril. Later, Grace and the boys settled in Bedford.

Having been brought up on stories of their father’s valour, it was inevitable that both boys would choose military careers. After graduating from Cambridge, William Black Eddowes joined the Manchester Regiment in 1899 and fought in more campaigns than you could shake a sabre at. Eddowes’ first posting was in Gibraltar, followed by South Africa where he fought in the Boer War until 1903. Recovering from his wounds, the recently-promoted Captain soldiered on to the Straits Settlements, arriving in Singapore in 1903.

Another article in The Digging up the Raj Series >> 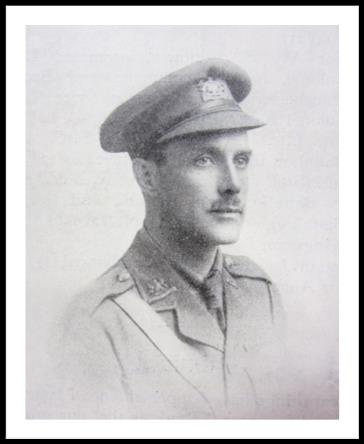 This is a continuation of the Eddowes family – I have already written about the father, Surgeon Major William Eddowes.
William Black was only two years old when his father died in January 1880 in Dublin. Eight months after her husband’s death, his young widow, Grace, gave birth to their second son, Henry Cyril. Later, Grace and the boys settled in Bedford. Having been brought up on stories of their father’s valour, it was inevitable that both boys would choose military careers. After graduating from Cambridge, William Black Eddowes joined the Manchester Regiment in 1899 and fought in more campaigns than you could shake a sabre at. Eddowes’ first posting was in Gibraltar, followed by South Africa where he fought in the Boer War until 1903. Recovering from his wounds, the recently-promoted Captain soldiered on to the Straits Settlements, arriving in Singapore in 1903.

A year later he was in India, studying musketry in Bellary – a ceded district and important military station in the Madras Presidency. After two years as Senior Instructor in the School of Musketry, he went to Bangalore and learned to ride from the 13th Hussars in the Mounted Infantry School.

BANGALORE
Captured by the British after the fourth Anglo-Mysore war, the station gave its name to the Bangalore Torpedo. Devised by Capt McLintock of the Madras Sappers and Miners, the explosive weapon was widely used in the two World Wars. Bangalore is now known as Bengaluru.

Eddowes served as Adjutant in Bangalore until the summer of 1907 before riding off to Secunderabad as Station Staff Officer, serving for a time as Brigade Major. Then the battalion moved to Kamtee, in the Nagpur region of Central India. Originally founded in 1821 as a military cantonment, the station is believed to have taken its name from its T-shaped layout – ‘Camp T’. It is still of military importance today, home to the Brigade of the Guards, and Officers Training Academy for National Cadets Corps. Here, young Eddowes moved from the theatre of war to the stage by joining the 1st Battalion Dramatic Club. He had also begun to speak in tongues – French, Hindoostani, Persian, Pashto . . .

Eddowes joined the 1st battalion in the spectacular Delhi Durbar parade of December 1911. The Imperial Assemblage marked the coronation of the Emperor of India, King George V. 100 Durbar medals were awarded to the 1st. At the time, Staff Officer Eddowes was stationed in Jubbulpore, central India. Here, he met a fellow thespian and rushed back from the Durbar to marry her . . . on Christmas Day, for added drama. Eddowes’ bride, the lovely Muriel Sylvia Collingwood-Townsend, was born in Bengal and was 15 years younger than her husband. Her father, Charles Collingwood-Townsend was a Royal Artillery Colonel and he, too, had been born in India. He married Muriel’s mother, Hester Amelia Folger, in Calcutta in 1884 and, after her death, married Effie Emily Ellis in Agra in 1906.

(Jabalpur) was, and still is, is the most important military base in central India. Apart from the HQ of the Ordnance Corps, it is also the Regimental Centre of the Grenadiers, Jammu & Kashmir (JAK) Rifles and 1 Signal Training Centre, and home to the gun carriage and vehicle factories. My father did his Senior Officers’ course in Jabalpur and, later, my mother ran a church boarding school for girls there, as well as a smaller school exclusively for the army’s vehicle factory. More than likely, Eddowes was married in Christ Church Cathedral, where my mother worshipped until she emigrated to Ireland in 1994. 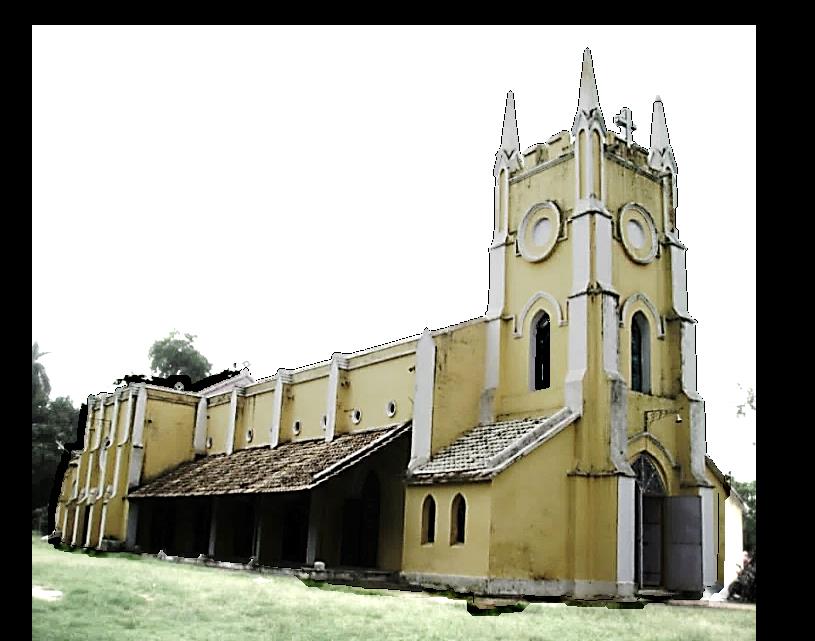 In the summer of 1912, the Eddowes’ escaped the heat of the plains and moved to the hill station of Pachmarhi, not far from Jubbulpore, where Eddowes trained Indians in a volunteer rifle corps. I holidayed in the hill station of Pachmarhi in my youth, and picked up lava formations from the mountains 3,500 feet above sea level. The station still retains some old names – Pansy Pool, Twynam Pool, Forsythe Point . . . even a Foxrock (courtesy of Dublin nuns). And Pachmarhi’s hills are alive with the sound of music – from the Military School of Music.

In August 1914 Muriel delivered a girl. Baby Rosemary enjoyed the cool of Pachmarhi for a year before William’s battalion left India and sailed to European shores, straight into WWI. For the next year, Eddowes fought his way through the Western front, was mentioned in dispatches and progressed from Major to Acting Lt Colonel.

It was all going so well until he walked into an exploding shell that hurled him into the air and half buried him. His severe injuries were treated in France before he was invalided to England. Unable to work, on half pay and living with his family in Lincolnshire, poor Eddowes’ future did not look very bright.

Eventually, after a boring desk job as Private Secretary to General William Robertson in London, Eddowes was considered fit enough to return to the field. It took him to Mesopotamia (Iraq), where his regiment settled in Tirkit – the birthplace of the infamous Sadam Hussein. Eddowes took command of a small band of soldiers and headed for the cool hills of NW Persia (Iran). After Christmas 1920, Eddowes, now a Lt Colonel, returned once more to India, his battalion’s silver jubilee celebrations drawing him back to Jubbulpore. But not for long. In April 1925, Eddowes was sent to Burma where he commanded the 1st of Manchester Regiment until November.

Returning to England, Eddowes survived on half-pay until forced to retire due to war injuries. He became an active member of the Old Comrades Association and Dinner Club. His acting talent held him in good stead in camouflaging his persistent pain. The curtain finally fell on Lt Col William Black Eddowes in 1947 and he was cremated in Golder’s Green, London.

Muriel married again and her second husband was no less of an Action Man than her first. The dashing Major Charles FitzRoy Cahusac of 36th Jacob’s Horse was in Jubbulpore and Pachmarhi the same time as Eddowes. By then, Cahusac had already been awarded the Order of the White Eagle, 5th Class (with Swords), Serbia’s highest order, in 1916, and a DSO the following year. His first wife, Alice Marion, was the daughter of a General and had died in 1929. I’m not sure whether Muriel was a divorcee or widow when she married Cahusac. The couple lived in Hungerford until his death in 1963. Two years later, Muriel emigrated to Rome but returned to England and died in Cambridgeshire in 1985. Daughter Rosemary seems to have gone missing as I could not find her anywhere.

My thanks to the Museum of the Manchester Regiment for photographs of Eddowes and his medals. www.manchester-regiment.gov.uk

William Black’s younger brother, Captain Henry Cyril Eddowes, was born in Sandymount, Dublin, after the death of his father, Surgeon Major William Eddowes. HC Eddowes was an ordained chaplain in 1909 when he married Joyce Winifred Horton in St Paul’s Church Knightsbridge, London. Her father was the Rev Canon Horton of Dymock. It was as expensive year for the good reverend as his daughter chose to marry just five months after her older sister married a Royal Field Artillery officer.

From 1909 until 1913 the Eddowes’ lived in India but I could not find out where or why. They had a daughter, who shall remain nameless. I do not know where the Eddowes’ went after India but, when their nameless child was seven years old, Eddowes discovered that his wife had formed a very dubious relationship with a Major Kenneth Grant. She left her husband and flounced off to Swanage.  Eddowes joined the Royal Flying Corps during WW1 as Honorary Flight Lieutenant in 1914 and was kept busy ministering to fragile soldiers. (The RFC’s short life ended in 1918, when it became the Royal Air Force.) 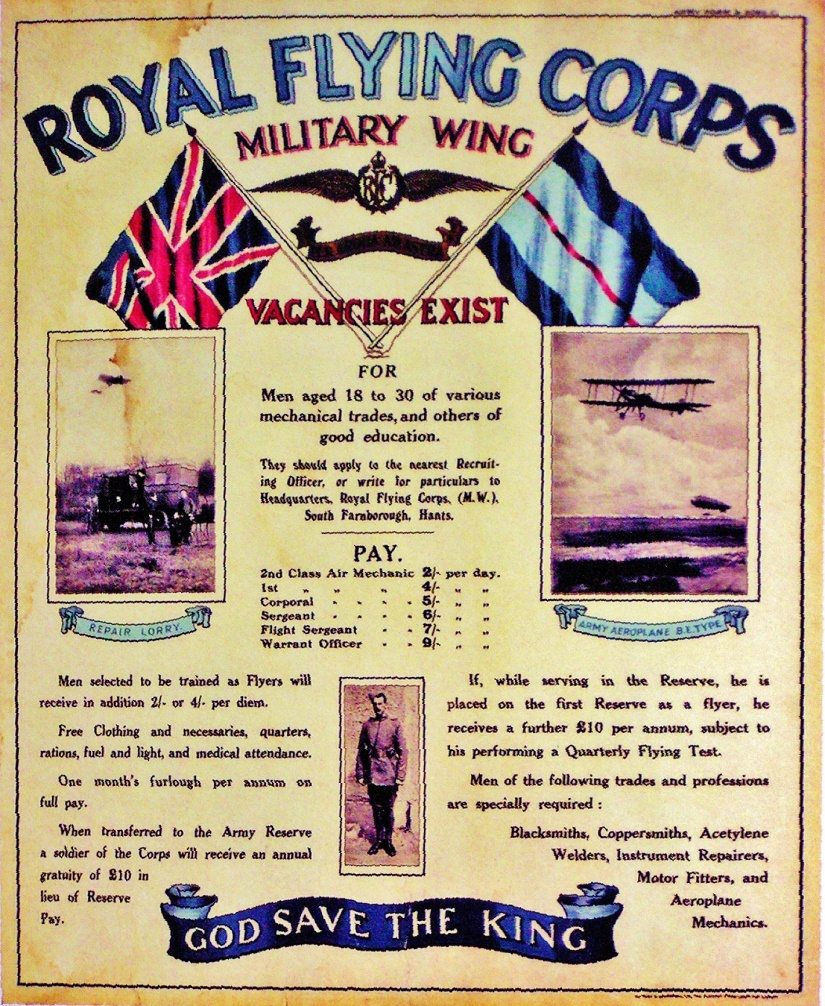 When on leave, the flying padre visited his wife and was horrified to learn that she intended to move to Guildford where her paramour had bought her a cottage. Eddowes did what any self-respecting man would do – he found a solicitor. After battling through the divorce courts, he was granted a decree nisi with costs and custody of his nameless daughter.

From 1914-1922 Eddowes was listed as a Captain in the Royal Army Chaplains Department. In 1939 he was promoted to Flying Officer.