Seven members of a single-family are named in this grave although not all are actually buried in it. The Carpendales were a highly-respected South County Dublin family – many of whom served in India.  The Rev Maxwell Carpendale was a Perpetual Curate in the village of Mullavilly in County Armagh when he married Wilhelmina Frederica Carter in 1824. She was the daughter of Thomas Carter and his first wife, Ann Collison. Although Thomas became Dean of Tuam, his personal and professional lives were dogged by controversy. But, in his early career, he was private tutor to the Duke of Gloucester’s son. Given that the Duke was the brother of King George III, it was not surprising that Wilhelmina played with Queen Victoria when they were children. The Duke was godfather to Wilhelmina and her only brother.

Between 1825 and 1844 Maxwell and Wilhelmina Carpendale had ten children – seven girls and three boys. During that time, Rev Maxwell was appointed rector of Tamlaght in County Armagh, a post he held until his death. 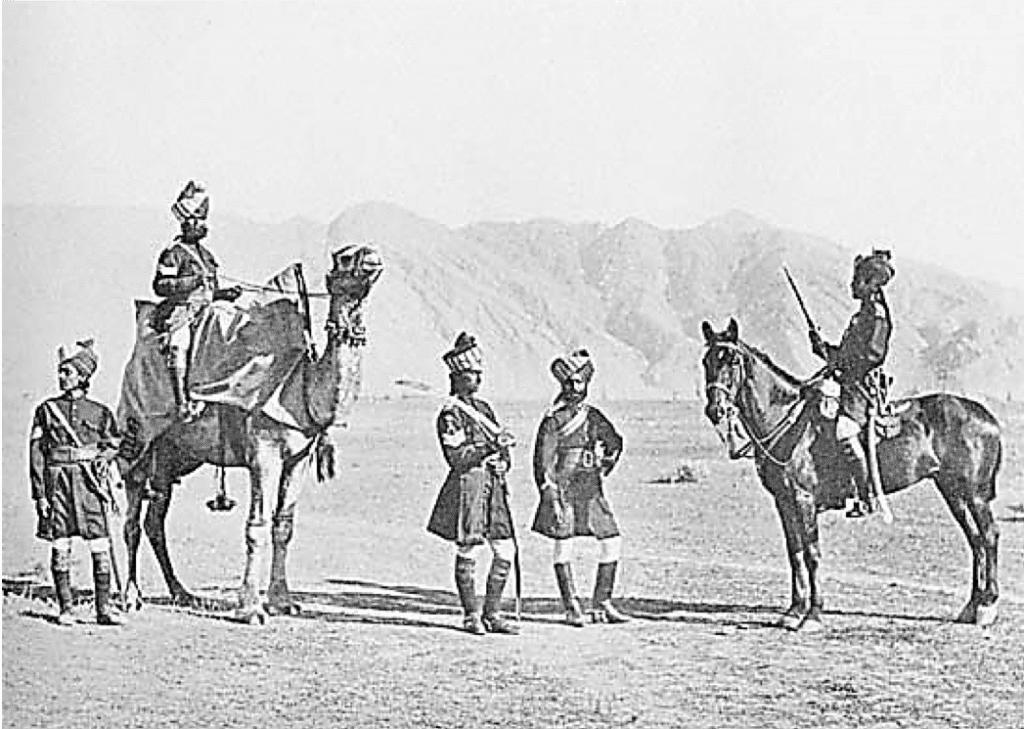 Montague Maxwell was their seventh child, born in 1835. Like many Carpendales before him, Montague was in the Indian army. Commissioned in 1858, he joined Scinde Horse, part of the Bombay Cavalry. The following year he was appointed Officiating 2nd Squadron Officer and for the next ten years, he held several posts within the regiment but twice went home on sick furlough. By 1871 he was commanding 2nd Scindia Horse. He had barely been promoted to Major when the regiment prepared for the 2nd Afghan War. Starting out from Jacobabad, on the NW Frontier, he spent the next three years fighting in the mountainous terrain of Afghanistan, ending with the relief of Kandahar in 1880.

In 1882, Montague married Ellen Harriet Eccles in Christ Church, Leeson Park, Dublin. Like her new husband, Ellen came from a clerical background – her father was the Rector of St Peter’s Church, Drogheda in County Louth. I think her family had something to do with Eccles Sreet in Dublin. Montague was forty-seven years old, his bride twenty-six. He took his young wife back to India with him where she bore him three sons, all of whom became cavalry officers.

Upon Montague’s retirement, the family returned to Ireland and settled in Genbervie House, Bray, County Wicklow. Here, Ellen gave birth to a daughter. Seven years later, the Carpendales moved to Shankhill House in the Rathdown district, where Ellen had her last baby, a girl.

Colonel Montague Maxwell Carpendale died in Shankhill in 1913. His widow moved to Sydenham Villas in Bray where she died in 1927 at the age of seventy.
Also buried in the grave is their younger daughter, Violet Maxwell, who died in Dublin at the age of fifty-three. Her older sister, Harriet Florence, is remembered on the family grave although she died in Norwich in 1952 at the age of eighty-three.

Montague Maxwells’ three sons were all cavalry officers in the Indian Army and all are named on the Roll of Honour in Rathmichael Church, Shankhill, County Dublin.

The eldest son was born in 1883 in the cool hills of Mussorie, north of Delhi. They flipped his father’s name around and called him Maxwell Montague. Maxwell was educated in the East India Company’s former college in Haileybury, residing in one of the original ‘quad’ houses named Bartle Frere, after a Governor of Bombay. He progressed to the Royal Military College in Sandhurst and started out with Connaught Rangers in 1902, awaiting an appointment in the Indian Army. By the time he joined his father’s regiment, it had changed its name from 2nd Scinde Horse to 36th Jacob’s Horse. Maxwell was appointed Squadron Officer and posted to Jacobabad (where his father, too, had been stationed) near the frontier with Afghanistan. In 1910, the young Lieutenant won the Assault at Arms medal at the Royal Naval and Military Tournament in Lahore. 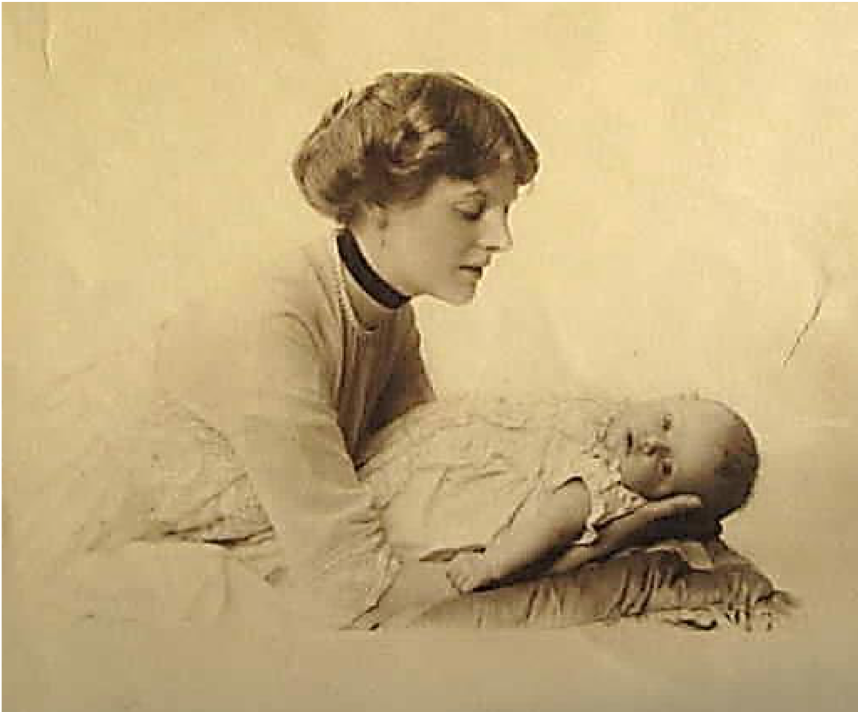 The following year he was promoted to Captain and stationed in Ambala in Punjab when his marriage was ‘arranged’ with Catherine Carleton Fry of London. Catherine’s mother, Edith Aimee, was born in France. The wedding took place in Belgaum in the home of her uncle, Brigadier General Charles Irwin Fry. Perhaps she came out to India ‘for the season’ and her uncle found her a bright young cavalry officer. Catherine presented Maxwell with two daughters – Helen Cynthia Maxwell and Stella Joan Maxwell.

During the war, Jacob’s Horse fought dismounted in France and Maxwell was awarded the Military Cross in 1916. The following year, Maxwell was promoted to Major and soon after, the regiment moved to Palestine and joined the Egypt Expeditionary Force to fight the Ottoman Empire. Maxwell was mentioned in despatches for services between March and September 1918. After taking Jerusalem, the EEF advanced on Damascus. Two weeks after the collapse of Damascus, Maxwell fell prey to malaria. He died in October 1918 and is buried in Syria but is remembered on the family grave as well as war memorials in Rathmichael Church, Shankhill, and Christ Church, Bray. Photo permission: Karen Haven Oddly, the probate of his will was granted to his uncle, rather than his widow. Catherine Carleton and her children returned to the British Isles. In 1921 she boarded the ’Assyia’ with her two daughters, aged seven and five, and a nurse, and sailed for Bombay. Once again, her marriage was ‘arranged’ with Major Eric Carmichael Brown of the 6th Gurkha Rifles. They married in Bombay Cathedral in March 1921. 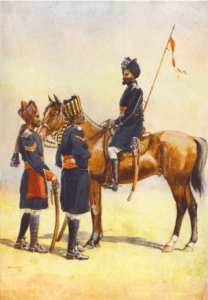 Maxwell Montague’s brother, Trevor Maxwell, was also born in Mussoorie in 1885. Like his older brother before him, Trevor passed out of Sandhurst and was commissioned in 1905. The following year he joined the 8th Cavalry of the Indian Army (previously 8th Bengal Lancers). At the outbreak of war, he was attached to 32nd Lancers and Machine Gun Corps stationed at Jubbulpore. He won the Star for action in France in 1917. The same year, on duty in Mesopotamia, Trevor witnessed the collision of two boats on the River Tigris during which two nurses were thrown overboard. Without a moment’s hesitation, the young Captain jumped into the river and kept the two women afloat with a lifebuoy until rescued by a tug. For this act of bravery he was awarded a bronze medal by the Royal Human Society. The following year, serving with the Machine Gun Corps in Mesopotamia, he was mentioned in despatches.

He returned to Ireland in 1920 where he married Christina Sybil Falls, daughter of solicitor and Justice of Peace, Thomas Falls, of Fitzwilliam Square, Dublin. A year later, Trevor was in Egypt commanding the supply depot at Kantara. An Anglicised version of El Qantara on the Suez Canal, it had been the location of Canal Defences and Headquarters Eastern Force during the Sinai Campaign of 1916, supplying British, Australian, and New Zealand units.

During the next four years, his wife, Christina, gave birth to three children – Brian Maxwell in 1922 in Bombay, Maureen Rose in 1924 and Michael Trevor Falls in 1925 in Bray, County Wicklow. In 1931, Christina left for London with the three children, possibly for their education (Brian was already in school at Warwickshire).
Trevor retired in 1934 and until 1961 appears in Hailsham, Sussex. However, he died Aukland in 1968. Perhaps he was visiting his daughter, Maureen Rose, who had settled in New Zealand with her husband, Peter Fisk. Originally a superintendent of Punjab Police, Peter was Inquiry Officer in the Inland Revenue Department of Tauranga, New Zealand, when he mysteriously disappeared in 1956. Maureen was left with five children when she re-married and became Mrs. Thomas but continued to search for Fisk who was never found.

The third Carpendale brother was Frederick Maxwell, born in 1887, perhaps in Bombay for that is where he was christened. After an education at Malvern College, he followed his brothers to Sandhurst and was commissioned in 36th Jacob’s Horse. He attended to Delhi Durbar of 1911 (Commemorating the coronation Of King George V and Queen Mary) and by 1915 he was attached to the 42nd Deoli Regiment in the Rajasthan desert. The following year, he was sent to Mesopotamia where the young Captain was promoted to Brevit Major “for distinguished service rendered in connection with Military Operations”. He was mentioned in despatches on a further two occasions. In 1919 he was awarded Companion of the Indian Empire (CIE). The regiment continued to serve in the Middle East after the war and Frederick was posted to NW Persia. 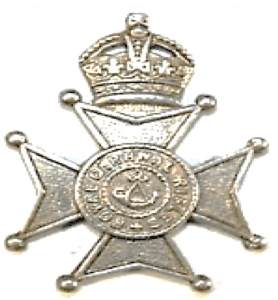 Back in India, the 42nd was disbanded in 1921. Frederick transferred to Royal Garhwal Rifles and served as Assistant Military Secretary of Eastern Command. From March to September 1928, he was Deputy Assistant Adjutant General and Second-in-Command of the Meerut Division. In October, Frederick found his way to Raniket, at the foothills of the Himalayas, where he married Ivy Grace Lily. His eighteen-year-old bride was the daughter of Major Arthur Oliver Bird Wroughton of the Army Medical Corps and winner of a DSO. Both Ivy’s parents were born in India. She gave birth to a son called Nigel Patrick Maxwell in 1929.

Frederick retired in 1931 and returned to England but upon the outbreak of WWII, he donned his uniform again serving in Aldershot Command from 1939-41. He died in Horsham, West Sussex, in 1958. His wife lived until 1993 and their son until 1998. They are all buried in the same grave in Ripe, East Sussex, but Frederick is remembered on the Carpendale family tombstone in Deansgrange, Dublin.

His medals – general service with clasps for Mesopotamia and NW Persia; Delhi Durbar 1911; and British war and victory with MID oak leaf – sold for £300 in London in 2004.